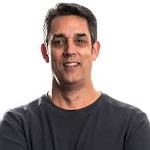 Rick Barker is looked upon as one of the music industry’s best marketers and artist developers, having spent two years managing the day-to-day operations of superstar Taylor Swift. He also created the “Nashville To You” radio tour, which played a role in the early development of several acts, such as Little Big Town and Sugarland.

Barker’s impact on music extends to the industry’s record labels. He was the first record promoter hired by Big Machine’s Scott Borchetta, where he had a role in the label’s first Number One record with singer-songwriter Jack Ingram. Barker later went on to found his own marketing and consulting firm, at which his first client was Sony Music Nashville.

He is also the mastermind behind the Music Industry Blueprint, a development service now teaching artists from around the world everything they need to know about the complicated music business. His marketing strategies have since been featured in a number of publications, including Billboard Magazine.

More Details
We use cookies to ensure that we give you the best experience on our website. If you continue to use this site we will assume that you are happy with it.Ok